From my good friend Jacob Lehrfeld

A Gutte Vuch To The Gutte Nation.

Tonight Motzei Shabbos Sunday the 28th of Tishrei is

28 Tishrei - Rav  Lieber "HaGadol" of Berdichev His real name was Rav Eliezer ben Rav Avraham (1771) one of the Talmidim of the Baal Shem Tov. He was a great-grandson (ben acher ben) of R' Shimshon Ostropolier and was also a descendent of the Megaleh Amukos.. Zecher Tzadik VKadosh Livracha. Zechusoi Yagen Aleinu.Amen. 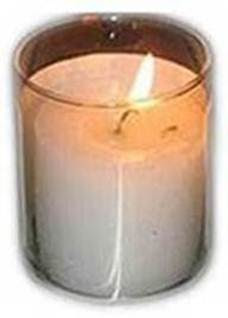 The Founder of Berditchev
Born:5427-(1667) - Died:5531- (1771)
Rav Lieber HaGadol had a unique way of combining his "Avodas Hashem" with an incalculable love of every Jew. At night, when he wandered around the giant forests surrounding Berditchev in order to learn, daven and ponder over Hashem's wonders, he simultaneously kept a sharp lookout for any sheep and cattle that may have strayed away from their owners during the day. At the end of the night, he would drive the animals before him back to Berditchev, pausing beneath people's windows to call out, "Here is your goat!" "Here is your cow!"
Although he had never been an official talmid of the Baal Shem Tov, Rav Lieber, the founder of the Berditchev kehillah, sowed seeds of Chassidus in his town that exploded into full bloom during the years of Rav Levi Yitzchak of Berditchev.


THE BEGINNINGS OF BERDITCHEV
It is not surprising that Rav Lieber became one of the greatest Ukrainian "gedolim" of his time as he was the great-great-grandson of two renowned giants, Rav Shimshon of Ostropol and Rav Nasan Shapiro, author of the Megalleh Amukos. This is why Rav Lieber instructed in his will that no descendants of his should ever marry kohanim. He had received this warning from his ancestor, Rav Shimshon of Ostropol who explained that because his family was descended from Dovid HaMelech, combining kehunah with malchus could lead to the family's destruction.
Rav Lieber's father, Rav Avraham, had fled from Krakow to Bistritch in the Ukraine, probably during the Swedish invasion of Poland (5415/1655-5418/1658) when thousands of Jews from Krakow, Kalish, Piotrikov, Poznan and Lublin were slaughtered by Swedes, Poles and the plague. Some historians estimate that about half a million Polish Jews died during these few years. Although most of the Polish Jews returned home afterwards to patch up their lives, many others, including Rav Avraham fled to other countries to make a new start. After all, do not Chazal (see Rosh Hashanah 16b) state, "Shinui makom shinui mazal," "Changing one's place can improve one's mazal?"
Sadly, Rav Avraham's mazal did not seem to have improved since he died while still a young man but he left his young son, Rav Lieber, ten thousand gold coins. Rav Lieber immersed himself so deeply in Torah, it is said, that every night, his famous ancestors descended from the heavens to teach him the secrets of Kabalah.
In those days, Berditchev barely existed. Although first founded in about 5190/1430, reputedly by someone named Berdich, it had been destroyed by the Tartars and then only a handful of Jews lived in its vicinity. Most of Berditchev was still thick, untouched forest.
Something about the wild, unpopulated area attracted Rav Lieber like a magnet and he felt certain that there was something unique about the place. After his father's passing, he would cross the river every morning and evening and stroll among its ancient trees, reveling in the opportunity to be alone with Hashem without disturbances. He maintained this custom for months and years.
One morning, the ducal owner of Bistritch and its environs was traveling in the forest in his coach when his horses suddenly halted and reared upwards, almost throwing the duke out of his carriage. They had been startled by Rav Lieber, who was standing in the forest track in his tallis and tefillin, totally unaware of the coach that had almost run him down. Using every ounce of his strength, the duke's Ukrainian coachman somehow got the horses under control.
Then the infuriated duke ordered his tough coachman to give the insolent Jew a whipping he would not forget. The coachman did not need to be told twice; his whip sang through the air biting into Rav Lieber's clothes and flesh. However, Rav Lieber was so engrossed in his davening that he did not notice a thing.
"What's going on?" the coachman asked his master. "What should I do? No matter how much I beat this person, it makes no impression. He isn't a human being!"
"Leave him alone!" the duke said in disgust. "Let's go."
Back home, the duke leapt from the carriage and strode confidently into his luxurious mansion; suddenly his legs and arms went limp and he collapsed onto the floor.
"Help, help!" he cried out.
The servants who ran in from every direction could not do anything except carry him to his room and put him in bed. There he lay helpless as a newborn, and his doctor declared that his condition was hopeless. Help came from an unexpected quarter. Like most Ukrainian land-owners, the duke had a Jewish arender (estate manager). When he heard what happened, his face turned white.
"Do you know who the person the duke beat up must have been?" he asked the servants. "Obviously our great maggid who crosses the river to pray every day! I am certain the duke will never recover from his paralysis until he begs him for forgiveness!"
The duke immediately sent his doctor to help Rav Lieber recover from his beating and to bear a message begging his forgiveness. This was a golden opportunity for Rav Lieber to fulfill a long-time dream.
"I will forgive the duke if he builds a large shul at the place I was praying and a house next door in which to live," Rav Lieber told the doctor.
The duke hurriedly built the shul and the house and, after his recovery, he visited Rav Lieber and asked if there was anything else he wanted.
"Yes," he replied. "I would like you to build a town next to the shul."
This is how the Berditchev kehillah was founded in about 5451/1691.


WITH THE BAAL SHEM TOV
Whenever the Baal Shem Tov visited Berditchev during his travels throughout Poland and the Ukraine, he always insisted on staying at Rav Lieber's.
"Rav Lieber is unique!" he used to say. "While there are a number of Tzaddikim who merit Gilui Eliyahu, by Rav Lieber it is the opposite – Eliyahu merits the Gilui of Rav Lieber!"
Rav Lieber's wife passed away in his old age, and one of his young nieces agreed to marry him on condition that she be blessed with righteous offspring; they named their son Yaakov.
None of Rav Lieber's descendants achieved his fame and renown. This is because Rav Lieber was once asked by Heaven what he preferred – to have sons and grandsons whose fame would spread far and wide, or to contribute a portion of his merit to speed the Moshiach's arrival and Rav Lieber chose the second option. Thus even though this son, Rav Yankele, became the son-in-law of Rav Yechiel of Mikolaiv, one of the Baal Shem Tov's great talmidim, he never achieved his father's immortal fame.
Although Rav Lieber always revered the Baal Shem Tov, he never became his talmid or followed his path of Chassidus. His awe of the Baal Shem Tov increased dramatically after the Baal Shem Tov's passing when the Megalleh Amukos, who appeared every night to study with Rav Lieber, suddenly stopped coming. Concerned, Rav Lieber sent his older son, Rav Yechiel, to the Megalleh Amukos' grave in Krakow to inquire what happened.
"Since the Baal Shem Tov's passing, the yeshivah shel ma'alah has closed down for thirty days," the Megalleh Amukos told him." "It is from there that I get the Torah I study with your father."
Rav Lieber then drew closer to Chassidus, mentioning its wisdom in his Shabbos drashos each Shabbos. Through these teachings, the Jews of Berditchev became receptive to its ideas when talmidim of the Baal Shem Tov, including Rav Leib Sarahs and Rav Yaakov Yosef of Polonoye, began passing through, and by the time Rav Levi Yitzchak of Berditchev arrived in 5545/1785, it was easy for him to create a major Chassidic metropolis. By then, Berditchev had a thriving kehillah of about 2,000 Jews who comprised seventy-five percent of the town's population.
The kehillah reached its highpoint in 5621/1861 when its 46,683 strong community was the second largest in the Russian Empire and the only major town of the empire with a Jewish majority.
Rav Lieber enjoyed an extremely long life, passing away in 5531/1770, aged 104, during a violent plague which was killing so many that survivors were afraid to bury them according to halacha and interred them in mass graves.
"Great destruction has been decreed on the community," declared Rav Lieber. "I hereby accept death upon myself instead!"
Calling four people to him, he promised them a place in Olam Haba if they would perform all the customs of interment on him and bury him properly instead of throwing him into a mass grave. He then passed away and the plague abruptly ceased.
May Rav Lieber's memory be a blessing.

May the Light of the Holy Tzaddikim Grow And Grow Until The Dawn Of Day. Amen.