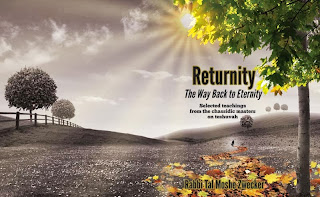 Please pass on this message to your friends
and see below for samples from my new Sefer titled: (cover art attached)

The holy Rav Menachem Nachum Chernobler, author of Me'or Einayim, once said that he firmly believes, with complete faith, that any awakening to do teshuvah that exists in the world until Mashiach arrives (speedily, amen) flows from one source: the great awakening of the holy prayers of the Ba'al Shem Tov, may his merit shield and protect us.

Teachings of the Ba'al Shem Tov
rav yisrael ben eliezer, known to chassidim as the "holy Ba'al Shem Tov ," the founder and leader of the chassidic movement
Sparks of Teshuvah

During Creation, taught the holy Ba'al Shem Tov, when there was a shattering of the vessels (that is, when the sefiros, the divine attributes, which are compared to vessels, had been created to channel the light of the Infinite One into the world, but they could not contain the light and so "shattered"), sparks of divine light were scattered and dispersed
all over the world. These holy sparks are found everywhere and in everything, even in such mundane things as trees and stones, even in our actions and deeds — and even in our sins and transgressions. Our mission in this world is to release these holy sparks by performing the will of the Almighty using those mundane, physical things.
What are the sparks found in a transgression — and how can they be elevated? They are the sparks of teshuvah, repentance. When a person repents of his transgressions, he elevates those sparks to the highest spiritual realms on High.
This is the deeper meaning of "Nosei avon — Forgiver of sin" (Shemos 34:7), which literally means "Carries up sin." Through repentance, the sin is elevated and refined. Similarly, this is what Kayin meant when he complained, "My sin is too great to 'carry up' " (Bereishis 4:13) — he felt he was unable to elevate it to the upper realms above with true repentance. Tzavas HaRivash

Masters of Return
Two types of Tzaddikim are hinted at in the verse "A Tzaddik will blossom like a date palm and grow tall as a cedar" (Tehillim 92:13). Our Sages noted (Ta'anis 25b) that the date palm is a fruit-bearing tree, whereas the cedar does not produce fruits. So, too, there are righteous people who are involved in bearing fruit — in influencing others to do
teshuvah and helping to produce more Tzaddikim in this world — and there are Tzaddikim who are more focused on deveikus, on attaching themselves to Hashem, but they are not engaged in influencing others.
With this idea, we can shed a different light on our Sages' teaching that "in the place where ba'alei teshuvah stand, even the righteous cannot stand" (Berachos 34b). Usually ba'al teshuvah is interpreted to mean "penitent." But we can also say that a Tzaddik can be known as a "ba'al teshuvah" — a master of return. Such a Tzaddik is one who has turned many away from sin and returned them to the path of Hashem. It is because of this Tzaddik that there is teshuvah in the world. His reward is many times greater than that of the other kind of Tzaddik, who, righteous as he is, does not seek to "bear fruit" and guide others onto the path of teshuvah. Tzavas HaRivash

A Lost Opportunity
There is no one in this world, not even the most lowly and wicked, who does not at some time experience pangs of remorse. Those who cast these thoughts aside instead of seizing the opportunity to repent are like someone who takes the keys to the king's treasury that the king himself handed him as a gift and throws them away. He is throwing away the opportunity Hashem gave him for teshuvah. Kesser Shem Tov

The Four Ministers Who Stole the King's Riches
A parable by the Ba'al Shem Tov:
There was once a king who appointed four ministers over the royal treasury. Too greedy to control their desire for all that fabulous wealth, they each stole from the treasury and fled.
The first minister was soon seized by feelings of remorse and returned on his own.
The second minister, too, began to rethink what he had done. He sought out the counsel of a wise man who spoke to his heart, saying, "What have you done and why?" The wise man convinced the minister to give back the treasure he had taken, and the second minister, too, returned.
The third minister came across a thief who was sentenced and punished harshly for his act of robbery. Witnessing the thief 's punishment, he was seized with great fear — what would happen to him if he, too, were caught? His fear compelled him to return.
The fourth minister fled and never returned.
The king confronted the ministers who had come back. The minister who returned of his own volition was rewarded for his loyalty and sincerity with even greater wealth than he had taken. To the second minister the king gave nothing. "If you had never found the counsel of the wise man, you would have never come back," he admonished.
Finally, the third minister, who had returned out of fear after seeing the harsh punishment that thieves suffered, the king appointed to oversee all the sentences meted out to sinners, so that he would continually witness their sufferings.
"And that minister," concluded the Ba'al Shem Tov, "is I." Kesser Shem Tov